Moral-decrepitude is the non-negotiable, basic premise on which the South African captive-bred lion 'hunting' industry relies.

APATHY, according to His Holiness, is 'the most dangerous thing' facing humanity today.


I concede to and acknowledge the accomplished professionals who have tackled this subject before. In researching this post I spoke to many extraordinary men & women. These people have dedicated their lives to conservation. Consensus opinion was clear. Captive-bred lions do NOT contribute to the conservation of Africa's lions.

Africa's wild lion population numbers approximately 20000. The greatest threat to the surviving population is fragmented habitat and human-wildlife conflict. Lions have disappeared from more than 90% of their historic range. Perversely, in the last decade, nearly 10000 lions were killed for sport. 99% of those trophies originated in South Africa; commercial products of the captive-bred lion industry.


The captive-bred lion industry is an ethically-defunct parody of dominance; motivated by financial opportunism and sheltered in apathy - our indifference.


Lions are legally exploited in South Africa. The why is fairly straightforward. PROFIT. To understand how we need to look at the applicable legislation.

The Norms and Standards for the Sustainable Use of Large Predators, issued in terms of section 9(1) of the National Environmental Management: Biodiversity Act 2004 (Act 10 of 2004) sets out the regulations relating to the keeping and hunting of lion.

The regulations define CANNED hunting as any form of hunting where a large predator is:
CANNED hunting is illegal. The government's view that claims of canned hunting are unfounded, is plausible, although undoubtedly inaccurate.

If canned [or 'put & take'] hunting of large predators in South Africa is illegal, how did South Africa legally export 7500 lion trophies? Less than 10 wild lions are hunted each year. An anomaly then?

The duplicity is certifiably Machiavellian & to understand the subterfuge we need to look at the definition of WILD.

A large predator is considered WILD or **Managed WILD if:

A **Managed WILD large predator is an animal acceptably re-established in the wild, within their natural, historical range. This is important. 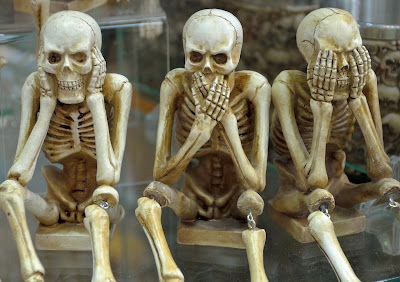 The shooting of CAPTIVE lions is prohibited. The hunting of WILD lions is legal. Crossing this Rubicon is a conundrum solved somewhere between magic & perfidious trickery. (Section 5) of the Norms & Standards permits the hunting of a CAPTIVE-bred predator once the animal is REHABILITATED [certified] to WILD status.

Certification is the responsibility of the provincial conservation authority in whose area of jurisdiction the lion is to be harvested. This is also important.

Back to the legislation - In 2007 the TOPS [Threatened or Protected Species] regulations were introduced. TOPS was formulated under the National Environmental Management: Biodiversity Act 10 of 2004. In terms of these regulations, any large predator born in captivity had to be free-roaming & self-sustaining for a period of not less than 24-months [2 years] before it could be hunted.

SAPBA - [South African Predator Breeding Association] challenged the regulations, specifically the inclusion of lion on TOPS as a 'listed large predator' and the regulation that captive-bred animals could only be hunted after a '24-month, self-sustaining period.'

2009 - SAPBA lost their case - the court ruling that the 24-month period was not unreasonable.

2010 - SAPBA appealed the decision and won their case. The definition of lions, as a 'listed large predator', was declared invalid. Lions lost the protection afforded in the TOPS regulations. The 24-month, self-sustaining period was no longer applicable. REHABILITATION [ie: the self-sustaining period] was made subject to the guidelines set by the provincial conservation authority in whose jurisdiction the lion was to be harvested.

Although the self-sustaining period for a habituated captive-bred lion varies across provinces, in the *North West province it's 96 HOURS. Think about that for a minute.

80% of lions harvested in South Africa [2010] were collected in the North West province...

*A habituated ie: hand-reared, captive lion on Farm A, moved to suitable habitat on Farm B, on Monday morning, for example, is legally WILD [ie: can be harvested] on Saturday later the same week.

The captive-bred lion industry is an ethically-defunct parody of dominance; motivated by financial opportunism and sheltered in apathy - our indifference.


'Of course I accept that there are three sides to every story – yours, mine and, possibly, the truth.' - [Gerhard Damm and Peter Flack] - Read their piece on the shooting of captive-bred lions here

Enshrined in the South African Constitution is the doctrine of sustainable use. Access to scarce resources is official policy. [Get the White Paper here]

The South African Predator Association [SAPA] defines their intention to: 'Co-ordinate and promote the interests of its members with the view of establishing and maintaining a healthy and profitable predator breeding and hunting industry in congruence with national and international conservation principles and current national and provincial legislation.'

It's important to note that:
In response to more mainstream global intolerance, SAPA authored their '9 myths about captive-bred lions'.   [Get more detail here]

SAPA addressed these four points & 5 others -
I don't want to get lost in the semantics of each point. Credible rebuttal & robust, peer-reviewed, interrogation is available for public scrutiny [eg: here and here]. I will, however, address 'Brand SA' later in this post. SAPA's '9 myths' is notable for the author's reliance on argumentum ad hominem. For those who don't know ad hominem is a fallacy of logic in which an argument is rebutted by attacking the motive or character of the other perspective, rather than the substance of the argument itself. Under these circumstances, ignoratio elenchi or irrelevant conclusion, is a mode of argument most of us call 'missing the point...'  As a rule, I eschew obfuscation.


SCI [Safari Club International] advocates for it's 55 000 members & 'is the leader in protecting the freedom to hunt and promoting wildlife conservation worldwide.'

In December 2015 SCI published their 'How the new U.S. rules will affect lion trophy importation into the U.S'    [Read the article here]

Apropos the harvest of captive-bred lions, SCI notes that permits to import trophies are 'likely to be difficult to obtain'. The article quotes the US's official position on the captive-lion industry as follows -

"We do not believe that the captive-lion industry currently ... reduces, or removes threats to the species. ... While it is argued that South Africa's captive-bred lion industry may reduce pressures of trophy hunting on wild South African populations, there is no substantial or peer-reviewed science to support such a claim. Likewise, there is no record or evidence to support claims that the captive-bred lion industry is supporting reintroduction into the wild in any significant way."

The Professional Hunters Association of South Africa [PHASA] serves the domestic professional hunting industry & supports 'the conservation and ecologically sustainable development and use of natural resources, for the benefit of current and future generations, through the promotion of ethical hunting (to ensure environmental protection for current and future generations in accordance with Section 24 of the Bill of Rights of the South African Constitution). [Read more on PHASA here] 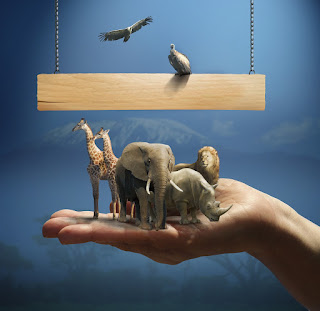 PHASA has always condemned canned hunting but until recently had said very little on the captive-bred lion industry. In their strongly-worded note entitled 'Let's put the lid on wild tales of canned hunting' [Read the note here] PHASA tacitly supported the well-managed captive-lion industry. That was their official position as at 2013.

In 2015 PHASA reversed its position in an about-turn welcomed by most. The resolution reads as follows - 'PHASA distances itself from all captive-bred lion breeding and hunting until such time as the South African Predator Association can convince PHASA and the International Union for Conservation of Nature that captive-bred lion hunting is beneficial to lion conservation.'

In a press release [July 2016] entitled 'Rogue lion breeders tarnishing South Africa's wildlife image' PHASA condemns the malnourished state of lions on a captive-breeding facility**. [Read the press release here]. (Read about the malnourished lions here WARNING: not for sensitive viewers). In the same press release PHASA note - 'Our wildlife is a key tourism asset and, in an age where destination decisions are based more and more on conscionable factors, potential tourists to South Africa are increasingly likely to live out their dream African holiday in a neighbouring country....' This is an important point of departure.

**According to a motion tabled for consideration at the IUCN World Conservation Congress later this year -  '..conditions of breeding and captivity are known to vary considerably but few, if any, comply with standards set by the Pan African Association of Zoos and Aquaria (PAAZA) or the World Association of Zoos and Aquaria (WAZA).'    [Read more about September's IUCN congress here]


Government's policy on sustainable use ie: trade, is a growing trend in South Africa. Market economics and the commodification of wildlife is viewed as an efficient method of conservation.

Purported claims that the captive-bred lion industry supports conservation is unsubstantiated, if not grossly overstated. In contrast, the captive-bred industry generates multi-million dollar profits for proponents complicit in the industry.

International intolerance for the cycle of exploitation, is growing. Wegweiser-freiwilligenarbeit.com, a German online volunteering portal, is advising people not to participate in lion breeding projects.

Of South Africa's annual 9 000 000 foreign arrivals, only 0.1% are hunters; fewer still shoot lions. Foreign hunter numbers, spending Zar130 000 [adj.] on average, have dropped from approx. 16000 in 2007 to 7500 in 2014. The concomitant increase in captive-bred killing, over the same period, has interesting anecdotal connotations...Tourism contributes approximately 9% or R95bn. to South Africa's GDP annually [more info. here]. The national contribution from the lion shooting community is, therefore, comparatively negligible.

South Africa's non-consumptive, safari & eco-tourism Operators have joined the call to end the captive-breeding lion industry. [See who they are here and read their pledge here]. Ordinary, informed & responsible South Africans are doing the same.

'All that is necessary for the triumph of evil is that good men (& women) do nothing.' (Edmund Burke)

Alisha & I have pledged our support for the campaign to end the commercial exploitation of lions [www.bloodlions.org]. We have made the same pledge on behalf of the companies we own, manage or consult to.

We encourage our business partners to do the same.

I invite you to do the same.   [Please visit www.bloodlions.org or show your support here]


The International Union for Conservation of Nature [IUCN] comes together this September [2016] in Hawaii for its World Conservation Congress. 99 motions are tabled. One of the motions tabled, which will be voted on by the congress, 'aims to prohibit captive-bred lion hunting under any conditions and end captive-breeding that is for commercial & non-conservation reasons.' [AG May 9, 2016 (more here)].


The challenges we face as people, in a world accustomed to violence & threat, are broad, existential & often seemingly insurmountable. We are the products of our environment. Limitations on freedoms of expression & rights of movement are open-ended. Public indifference is the consequence of a routine dictated by circumstance. Progress, even under the best conditions, isn't linear.

I'm reminded of Kikuchi who said 'Even in the abyss of life, no matter how seemingly boring the circumstances may get, there are still hopes out there.' The wordplay or semantics of canned vs. captive-bred conceals the fraud that is the habituated lion ensnared in a commercial cycle of violence.

From the abyss, a voice of hope.


PS: The animal-human interface is explored in Ian McCallum's book 'Ecological Intelligence' [Get it here].